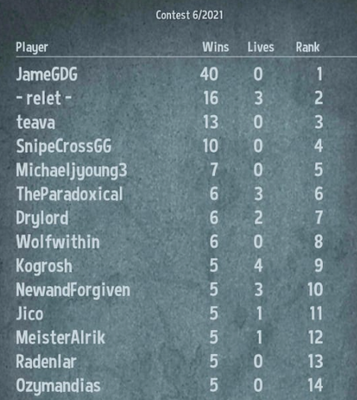 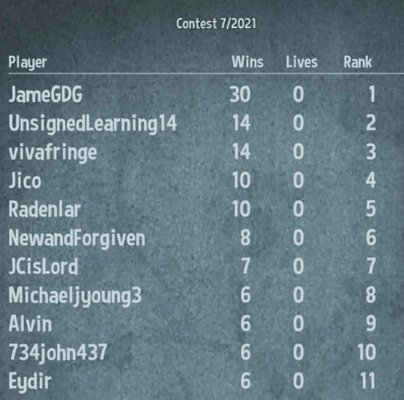 JameGDG grew to the most dedicated Crimson Company players - only having started the game three weeks ago. This is also reflected in the last two weekly contests, which he both won.

Besides the contests, we also saw the first change of a season on the 1st of April. A change of a season works like that: You get a monthly trophy for the ELO you achieved in the former season, then all your ELO points above 1000 are divided by 3.

Currently, JameGDG also dominates the ELO rating. Let's see how long he can keep this immensive success up.

If you still do not have the App - get it now for free: